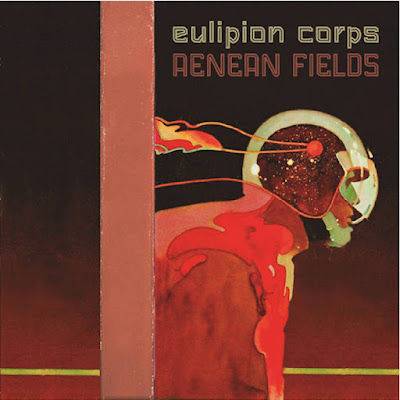 I, or Moahaha made the album cover! Julian first contacted Dream Weapons as a blog visitor who liked our mixes, and over the last year or so, we've gotten to know each other a little bit. I also checked out his own, self released music, enjoyed what I heard - and ended up including one of the tracks "The Long Goodbye" on It Was a Very Good Lightyear. Sometime in late 2021 he started to work with the UK based label Wormhole World, and asked me if I was interested in designing the artwork for his fourthcoming album. I told him I was just a happy amateur, but that's seemingly what he wanted:). At first I tried to work with the traditional shape of a square image. But nothing felt right until I went about it as if I was compiling another mixtape. As you can see it ended up having a distinct DWp-signature look.

So what does this sound like? The visuals will hopefully give you an indication but I find it comparable to the sort of electronic music in combination with warm acoustic parts - as featurered on the aforementioned mix + Innerouterspace, On Ice, Tveklang, Return to TRAPPIST-1 etc. I mean it's not the exact same of course, but if you enjoy the music featured on those, there's a great chance you (like me) will dig this. Click on the front & back cover art for links to Bandcamp and Spotify, or start by checking out Aenean Fields opening epic underneath -  and take it from there -Moahaha

...for the back I actually reused the It Was a Very Good Lightyear-image. There's such an undeniable fit for the musical contents of the album, I simply had to. 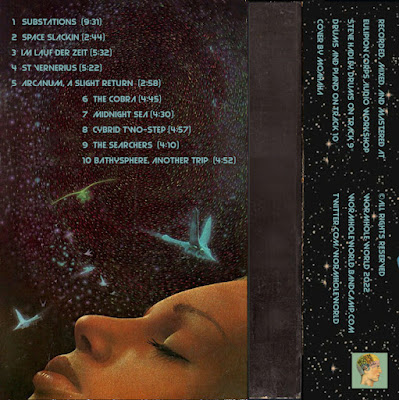